We have had some great food and some just passable. Breakfast here is not high priority, at least if you are looking for protein. Mostly, it is toast and jelly or a pastry, a glass of orange juice (often fresh squeezed), and some coffee (for us con leche). What we get for breakfast influcences whether we get a second breakfast – which for us is heavily biased in favor of croissants of a sort. We might also get a slice of what the Spanish call a tortilla, a kind of egg and potato frittata type thing.

Noontime to 3pm is the main meal in Spain. Most restaurants have a menu, by which they often mean the menu of the day. There are generally three courses. The first is usually a choice of soup, pasta, or salad. The second course is usually a meat course—chicken, pork, fish, etc. The third is postre, dessert. Most menus of the day also come with bread and wine or water. (Sadly, beer is extra.) Lately, we have been finding that a midday meal after our walk is the best way to go. Although a three-course pilgrim meal is usually served at 7 p.m. in most places, and resembles the menu of the day, it feels like a lot of food to eat that late at night. I am not sure how the Spanish can eat even later than that. Most pilgrim meals and menus of the day cost from 10 to 13 euro. Really, quite a good deal.

Besides what I have already mentioned, our meals have featured lots of chicken, some pork, and other meat possibilities. We have already had our share of paella, that rice dish with chicken, sausage, and often seafood. Tasty, but not something I can eat every day. Some great soups—today a lentil, yesterday a bowl of chickpeas and ham. We’ve had plenty of French fries with things, and other potato items as well. When we have veered off our Spanish diet, we’ve gotten some good pizzas and even a unique salad or two. (An Irish pub in Hornillos called the “Green Tree” served us hummus, pita, and of course Guinness.) 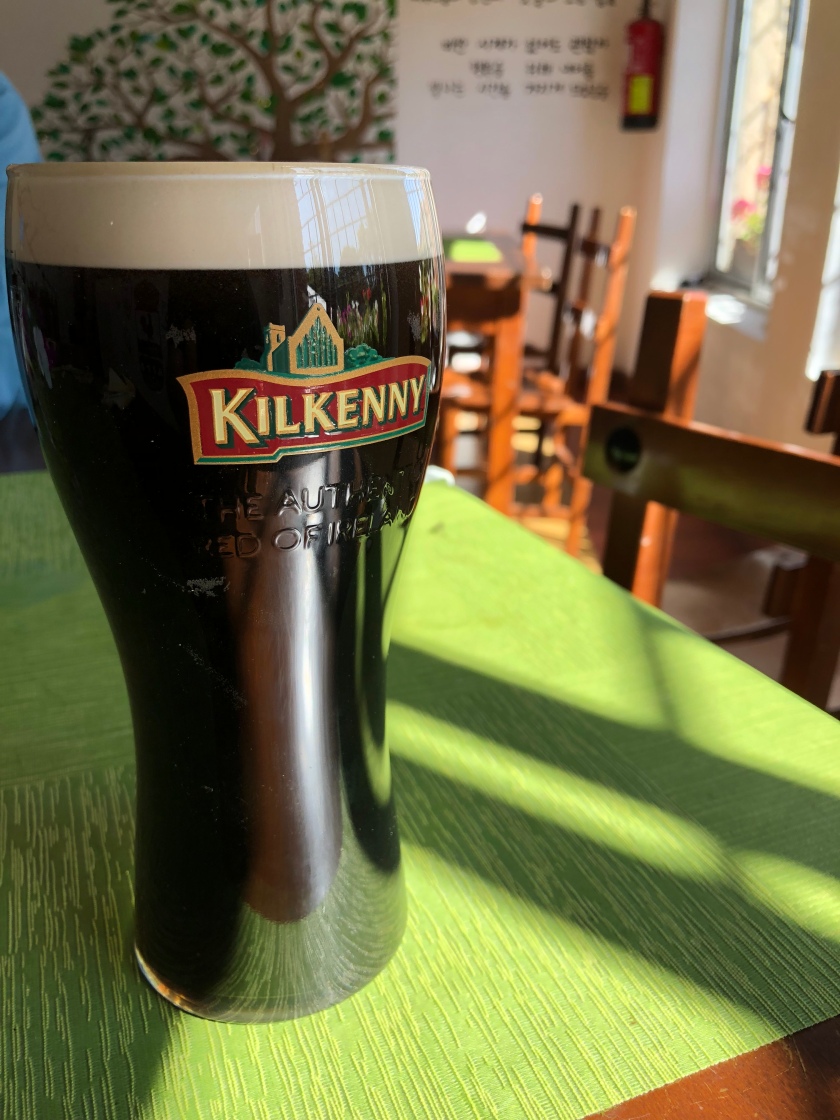 Desserts vary here. Flan and rice pudding are standards. We have had a good lemon mousse or two. And, we are always up for ice cream. Recently we have become quite fond of a Nestle product called “Black Cookie.” Yum!

Of course, as always, coffee is a good end to a meal. Many people order café americano, but despite the fact that I never drink coffee with milk, I have become a fan of café con leché. 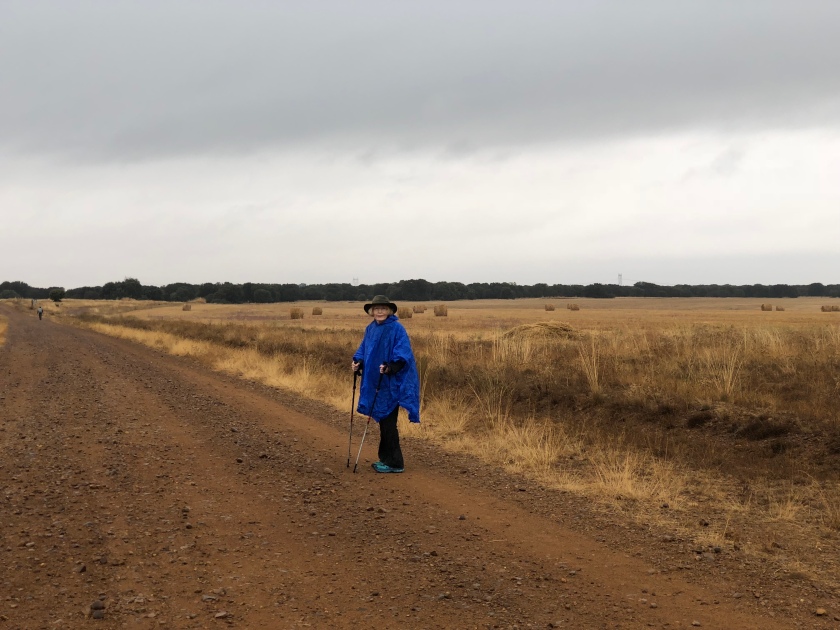 We are almost to the big city of León. A few more short days of walking. We had a bit of rain today and broke out the wet weather gear. We feared the worst but the rain let up fairly quickly. We arrived in this town to a clean beautiful albergue with fabulous food. I am constantly overwhelmed by how people in out of the way places can offer such a rich and comfortable experience to those of us who are pilgrims. Many could just get by and probably still make money, but instead they are true hospitaleros, caring for tired, hungry travelers. Something to rejoice in. Even if they didn’t serve us white asparagus.

I find myself thinking about the past, wondering about the future, and doing my best to live in the present. View all posts by Jim Zazzera